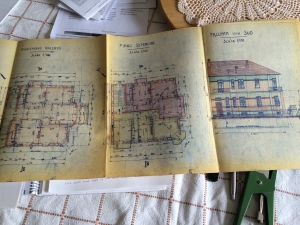 The house' s design was made in 1958 by a well-known engineer in Turin, Luigi Gatti

At the beginning the design were for a wide cellar and two floors above.

The structure was already antisismic at the time, with 16 strong concrete pillars at a constant distance and connected each other

Actually only the first floor was made, not the two flats at the second floor. 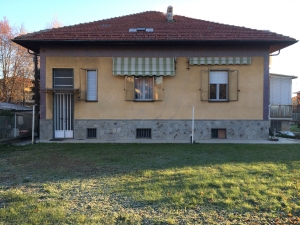 My grandfather Michele Omegna took care of a rich vegetable garden, with also flowers and a chicken breeding.

My grandmother Rosa Pipino took care of the home and cooked wonderfully.

My grandparents leaved in the early 80' s and my father Luigi made a limited renovation of some parts of the building.

In the late 1999 I began to develop the passion for cooking, following various professional training and doing practice in restaurants and agriturismo. 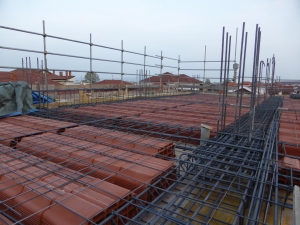 *********In 2012 I inherited the house and the idea came in my mind: realize the first design of the house, but making a restaurant and a B&B in addiction of a flat for me and my family.

The design was entrusted to the architect Mauro Raimondo from Pianezza, that mantained also the antisismic structure 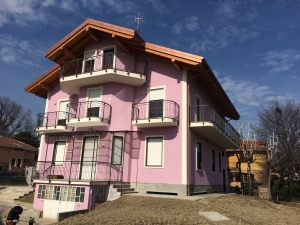 ****Cleaning and putting in order all the stuff, I' ve found in the house a lot of objects from the past. So I had also the idea to make a MUSEUM af the old times of italian echonomic boom: the first radio and TV, electronic instruments, home appliances and furniture.